For people suffering with neuropathy, certain lifestyle changes can have a very positive effect. Eating well is very important while getting plenty of exercise can also make a difference.

While research into the link between neuropathy and dietary supplements is ongoing, most experts agree that eating a good healthy diet is critical. This is especially true of people suffering from diabetic neuropathy. Diabetics should try to eat a diet rich in essential nutrients while low in calories and fat. Try to eat plenty of fresh fruit and vegetables as well as whole grains and legumes. Neuropathy has also been linked to a deficiency in vitamin B-12. Foods rich in B-12 include poultry, lean meaty, fish and eggs.

Traditional medical healers have used herbs and spices for centuries. They used these plants to treat a wide variety of illnesses and ailments, just like inflammation. These herbs and spices have amazing antioxidant and anti-inflammatory properties. So, it’s no wonder they’re still being used today. 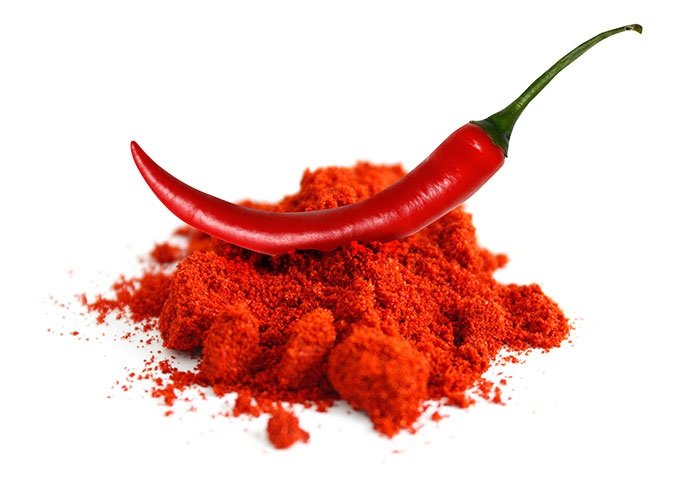 Cayenne Pepper is extremely hot because of the presence of a chemical compound called capsaicin; it is not only a delicious ingredient for those with spicy inclinations but it has a number of medicinal uses. Capsaicin is used for natural pain relief as well as its ability to promote circulation and digestion.

According to many experts, cayenne can be used to relieve pain for those suffering peripheral neuropathy and other nerve complaints and capsaicin is used as an ingredient in a number of pain relieving gels and creams which can be found in the majority of health stores. You can simply add cayenne pepper to your diet or if you find it too fiery, it is available in capsule form as a supplement.

Sage is one of the healthiest herbs. Especially regarding its ability to reduce the effects of inflammation in the body. This herb is very beneficial because it contains anti-inflammatory molecules. The molecules carnosol and carnosic make sage healthy. They also add to its distinct aroma and flavor. A lot of research has been done on this herb. This is because of how well it protects the body from neurological conditions which are inflammation-based.

This herb is amazing. This is because it improves concentration and memory, aside from the anti-inflammatory properties. It’s also rich in antioxidants and has beneficial effects against cancer. 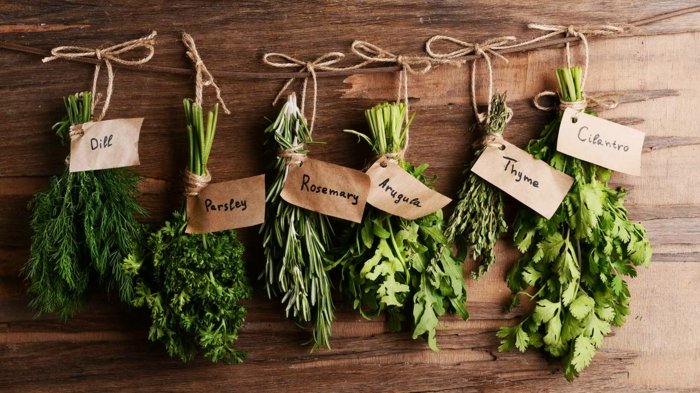 Sage goes well with a lot of different dishes. It’s a popular herb which, as you can see, helps reduce the effects of inflammation. So, it’s worth adding to dishes for that extra flavor and the added health boost. 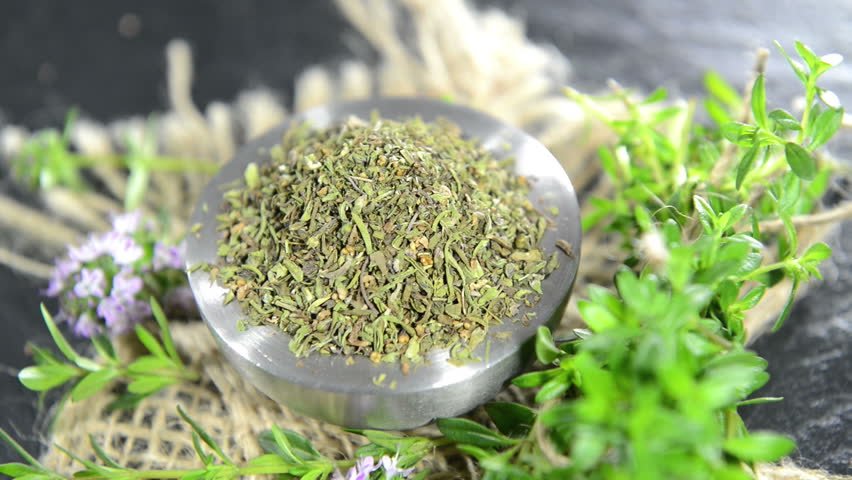 Here’s another healthy herb which adds flavor to a wide variety of dishes. Rosemary is another well-known herb. It has a lot of antioxidant and anti-inflammatory components. Just like sage, this herb acts by heightening the activity of an essential enzyme in the body. Superoxide dismutase is an essential enzyme which eliminated superoxide. This is a powerful free radical which is linked to chronic inflammation. The activity of the herb works better when cooked. So, make sure to flavor meats, vegetables and other dishes with this healthy green.

Even uncooked though, rosemary is also beneficial. This is because it contains flavonoids which have many health benefits. These flavonoids include apigenin and diosmin. The former compound is useful in slowing down the development of pancreatic cells. The latter, on the other hand, puts a stop to hemorrhoids.

Just like any other anti-inflammatory foods, rosemary blocks the pathways which initiate inflammation. One helpful tip – when cooking food using oil, add some rosemary to it. This allows the antioxidants in the herb to aid in protecting the oil from getting oxidized.

Ancient physicians used to advise people suffering from inflammation to drink more tea. This was especially suggested when the inflammation was found in the mouth area. One popular kind of tea is chamomile. The leaves for making this tea come from the chamomile plant which flourishes in the sun. It’s a fresh plant with flowers that smell like apples. The oils distilled from chamomile flowers contain components which help reduce inflammation. These components are chamazulene cyclic sesquiterpenes and a-bisabolol. The oil also contains oxides which are anti-inflammatory. Aside from that, they also have characteristics which are antispasmodic. 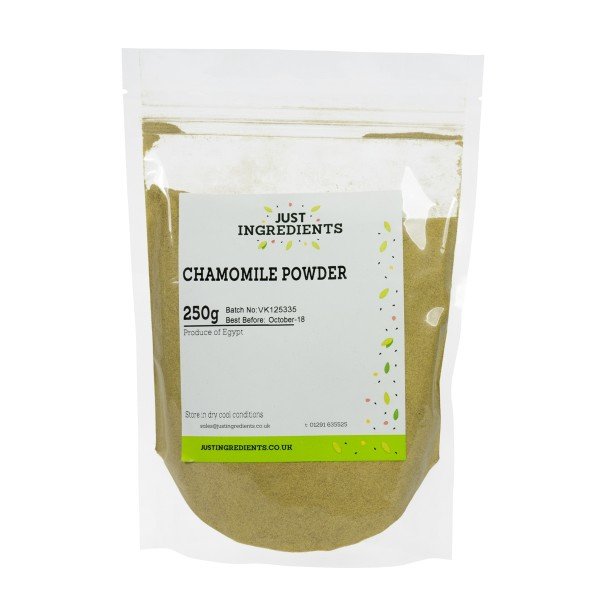 Basil is the next healthy herb on our list. This one is also great for problems with the body’s digestive system. It effectively eases pain from nausea, gas, and stomach cramps too. Aside from this, it contains an important component which reduces inflammation. Eugenol, which is found in basil, effectively aids in reducing inflammation. It hinders the enzyme which causes inflammation the same way Tylenol and Ibuprofen do.

Another type of basil called holy basil is found in India. This herb is commonly used in Indian dishes as well as a medicine to treat different illnesses. Holy basil also has a lot of medicinal properties. That’s why it’s also useful in reducing inflammation. It’s a great herb which can effectively reduce the effects of high cholesterol, diabetes, arthritis and such, which are all related to inflammation. These leaves come in 2 different forms – either ground or dried. Holy basil is available online or in specialty stores. 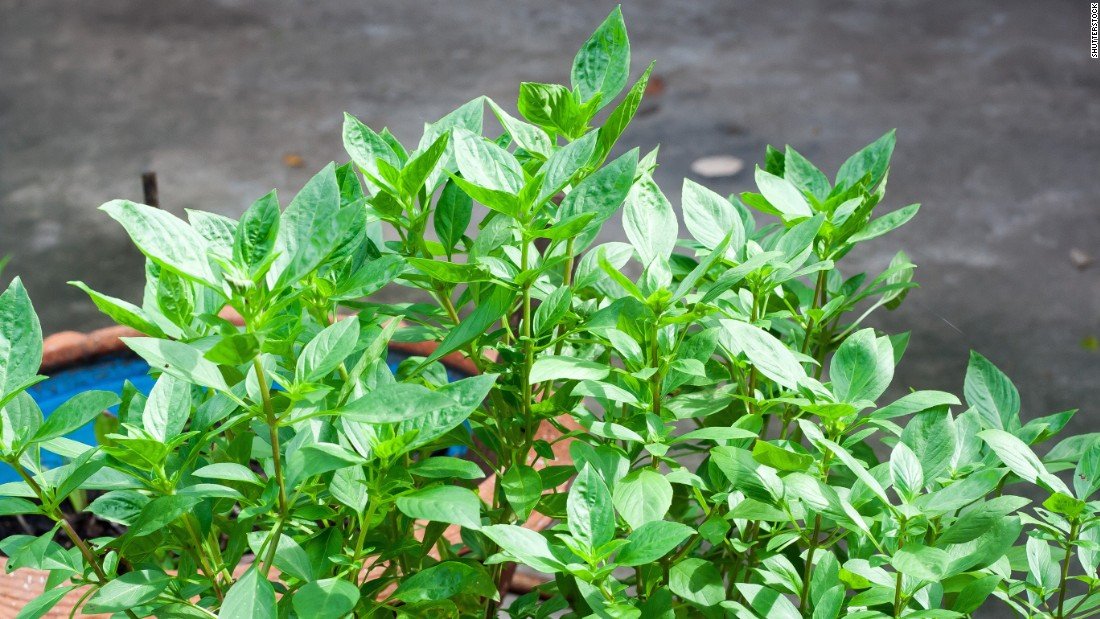 This herb is not as common as the previous ones discussed. It’s another healthy herb which comes with a long history. It’s effective for pain relief as well as for reducing inflammation in the body. Just like the other herbs, this natural remedy doesn’t come with negative side effects.

Boswellia helps reduce inflammation by controlling the production of the 5-LOX enzyme. This enzyme is pro-inflammatory and when produced in excess, has harmful effects and diseases. Since boswellia effectively reduces this enzyme, it’s very beneficial for easing inflammation and the pain that comes with it. 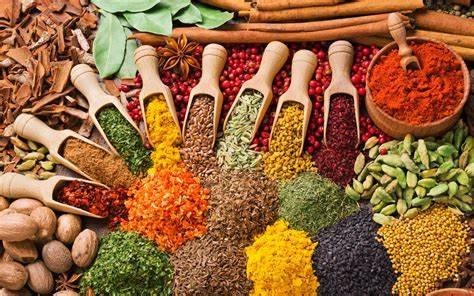 Here’s another unfamiliar herb on the list. It may be unknown to the rest of the world but not in its native India. Neem oil is effective in calming inflammatory conditions on the skin. It’s also extremely effective in easing joint and muscle pain. Extracts from the seeds and leaves of these plants have other health benefits too. In fact, every part of this plant is useful. In India, people cook and eat the flowers and shoots like vegetables. Leaves spice up the food and give dishes a distinctly bitter taste. 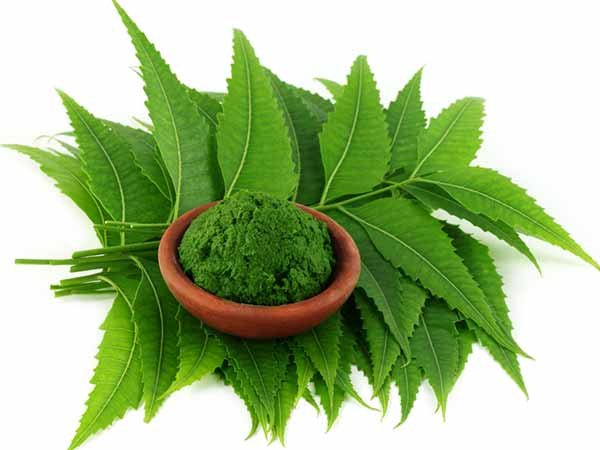 Herbs have a lot of health benefits, but so do spices. One of the best examples is turmeric. This is becoming more and more popular because of its excellent anti-inflammatory properties. It’s a yellow root which is more commonly known for its powdery form. Turmeric gives curry dishes their yellow color and distinct flavor. A lot of food manufacturers also use turmeric to give color to cheese and butter.

This is very popular with traditional healers. They’ve been using turmeric for more than 4,000 years now. And that’s because of its different health benefits. It’s useful in relieving inflammation, for fighting infections, to treat problems with digestion even problems and even liver problems.

The major ingredient in turmeric is curcumin. This active component is a powerful antioxidant. It helps eliminate harmful free radicals in the body. Free radicals are very harmful to the body. They damage the cells and cell membranes, leading to inflammation. These affect the body’s DNA negatively, causing the cells to die. Aside from this function, turmeric also reduces the levels of 2 types of enzymes in the body. This is beneficial because these enzymes cause inflammation too.

One-way curcumin hinders inflammation is by blocking a specific molecule. The molecule known as NF-KB travels straight into the nuclei of the cells. This activates the genes which promote inflammation in the body. So, curcumin blocks the pathway of inflammation even before it begins. To reduce pain and the effects of inflammation, it’s essential to add turmeric into the diet regularly.

Just like turmeric, ginger is another root which has been used for years in traditional medicine practices. It’s well-known for its anti-inflammatory properties as well as its other health benefits. Studies have shown that ginger reduces the pain associated with inflammation and other related diseases. Not only that, but ginger also eases the feelings of nausea and an upset stomach.

Ginger is a spice which has been used for centuries. Healers who use traditional medicine gave ginger to treat headaches, infections and upset stomach. It’s easy to find ginger in grocery stores, and it’s worth adding to the regular grocery list. People who suffer from chronic inflammation will benefit a lot from adding ginger to their diet. It hinders pathways of inflammation and enhances anti-oxidant levels of the body. Aside from that, it also promotes good circulation of blood and shortens healing time. 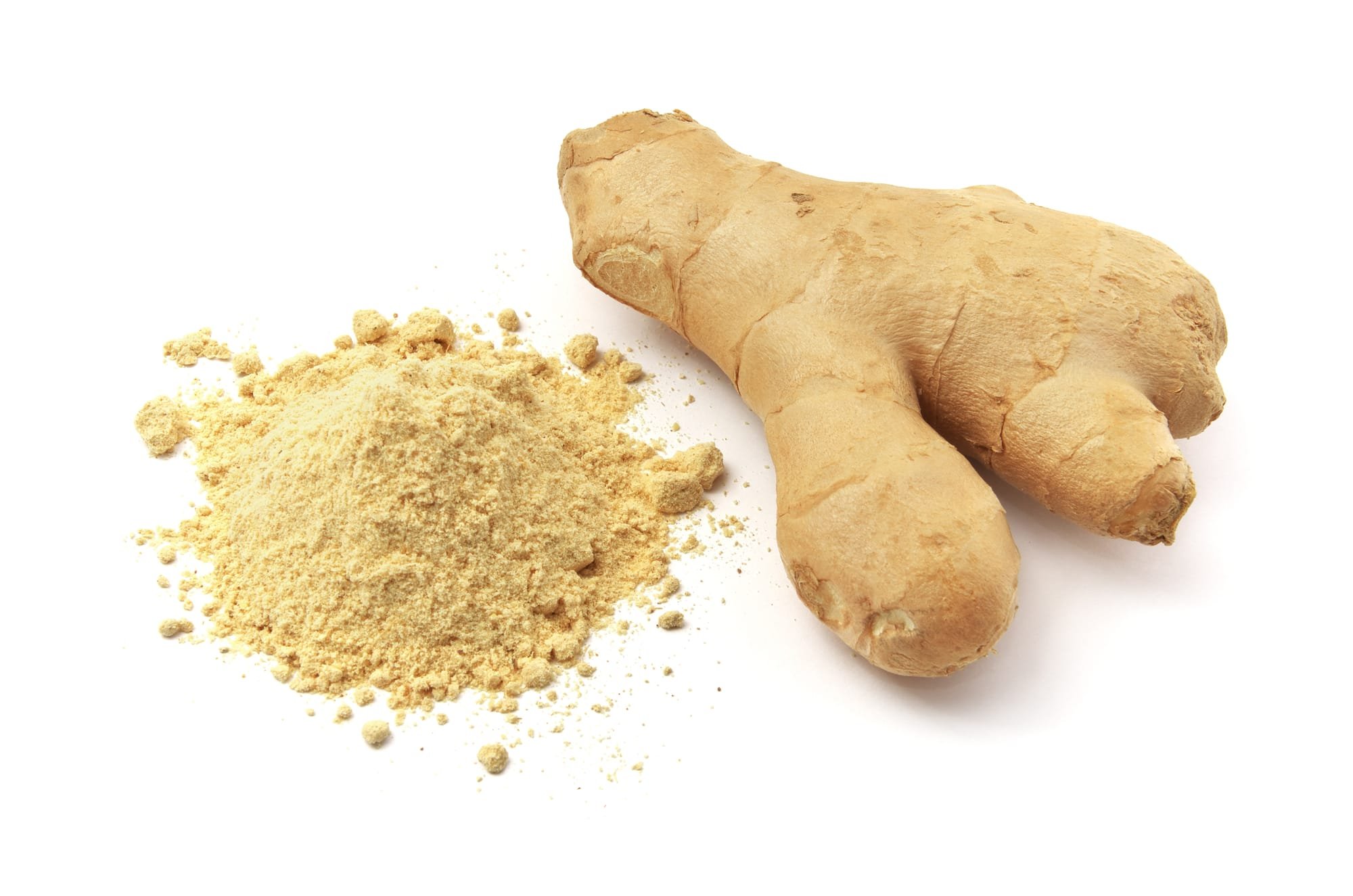 Ginger is highly versatile. It’s easy to add in different dishes; it can be juiced, cooked and even taken as a supplement. Consuming this powerfully healthy spice regularly will improve the overall health of the body.

Foods with vitamin B12 contribute to the repair and maintenance of nerve cells, and particularly the myelin sheath. Foods that contain high levels of vitamin B12 include calf's liver, sardines, snapper, venison, Chinook salmon, lean beef tenderloin, lamb loin, scallops, shrimp and halibut.

These foods not only heal damaged nerves, but also may help reduce the risk of cancer and immune diseases, and slow the effects of aging. Foods that contain high levels of antioxidants include blueberries, raspberries, blackberries, tomatoes, broccoli, red grapes, garlic, spinach, carrots, pomegranates, dark chocolate and green tea.

Inflammation results when the body's immune system attempts to protect itself against invading foreign organisms such as bacteria and viruses. White blood cells and other chemicals attack the invaders and destroy them. Sometimes, however, the body's immune response is misguided, and the immune system attacks and destroys its own tissues. Inflammation causes damage to nerves and causes pain to you. Certain foods reduce inflammation. Foods high in omega-3 fatty acids have anti-inflammatory properties. High omega-3 foods include flaxseeds, walnuts, soybeans, shrimp and tofu as well as coldwater fish such as snapper, sardines, salmon, trout, halibut, tuna and cod.

Water comprises two-thirds of your body. Dehydration contributes to sundry problems, including muscle spasms and increased viscosity or thickness of the blood, which in turn disrupts healing and worsens inflammation. It is recommended to drink enough water so that you urinate at least three to four times a day. I definitely drink more than that, but I also love water.

Water in its own is an entire article! There are so many benefits! In the health and food section of this website are many recipes. I even have a YouTube video about Golden Milk, such a beneficial drink to help with pain and inflammation. If you have any questions about foods and spices to use to heal your body send me a message.

Food has been known to heal people throughout the centuries, but lately with so many rare diseases and awful forms of cancer coming out many people are switching to a holistic way of managing their disabilities, without the need of pharmaceuticals. 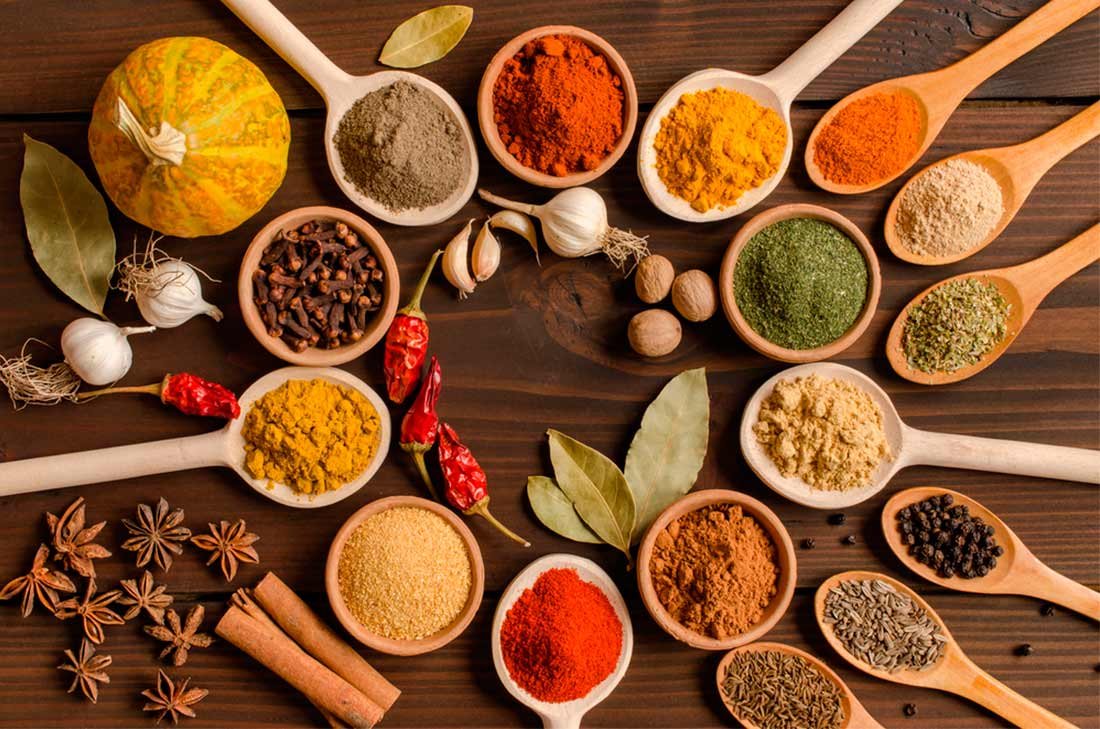